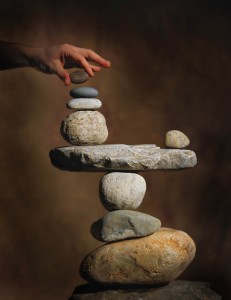 Here is an example of how John Nieters will review a laboratory test:

I have the test results of the labs that you recommended. When I checked them the all seemed within normal ranges:
LH: 5.5 I/UL
FSH: 14.4 I/UL
Prolactin: 6.1
Thyroid Stimulating Hormone 0.84

Thank you for sending me these results. They are very valuable and are absolutely consistent with your symptoms.

When we look at “normal” ranges on most labs we need to keep several things in mind.

First is the issue that very few of the “normal ranges” are consistent from one lab to another. For example; Kaiser says that the high end of a normal TSH (Thyroid Stimulating Hormone) is 5.5, Labcorp says that the highest level before hypothyroid is 4.5, Stanford labs says 4.0, and the Endocrinology researchers who set values say that anything over 3.0 is hypothyroid. So Kaiser has a “normal” level that is actually 83% higher than the Endocrinology specialists recommend.

The second issue is that the “normal” values are very large ranges and one can be headed toward or already experiencing poor health while still within these ranges. These ranges are often called “clinical” ranges. If you are outside of those ranges it is often cause for medical intervention.

Several of the labs that I use report both “clinical” and “functional” or “healthy” ranges. These much narrower ranges are for optimal health currently and also for future health.

Kaiser (not to pick on them but they do generally have the broadest ranges of “normal”) says that a normal MCV (mean corpuscular volume) is between 80 and 100. This is an indication of the size of the red blood cells. In general, small MCV is an indicator of iron deficiency or microcytic anemia whereas cells that are too large are often a problem with Vitamin B-12 or Folate assimilation. The “healthy” ranges on the labs that I order are 85 to 92 MCV as normal. Pediatric patients have different ranges.

This point is very important. Of the many children who have come to me after their parents were told that their child had ADHD and needed drug therapy, only one child has needed to go on any drug! In most cases I merely adjusted the diet and gave some herbs short term. These kids all had low serum ferritin levels which can be an indication of low iron levels and needed to increase iron in their diets and have a slightly more acidic stomach acidity to assimilate the iron.

I have never seen a patient with an MCV lower than 85 who did not have symptoms that can be associated with anemia.

Now about your case.

You are quite correct that the values are all within a “normal” range individually, but taken as a whole they paint a very clear picture that matches your symptoms.

The ratio of FSH to LH on your labs is nearly 1:3. This range is typical in patients with poor ovarian reserve. In fertility practice this would need to fixed prior to proper reproductive health. This ratio should be around 1:1.

The “normal” prolactin is usually given as from 2 or 3 to 29. Prolactin counterbalances dopamine. For example dopamine, which is the reward hormone, is high during sexual stimulation and needs to drop after sex so that there is a refractory or relaxation period. This is achieved with release of prolactin for relaxation.

So, when we look at all of these as to how they interact they make complete sense in your case. This is early stage ovarian failure which causes early menopause and menopausal symptoms.

Fortunately we have Chinese herbal formulas that treat exactly this condition. We start with the very old and well established formula and change as your condition changes.