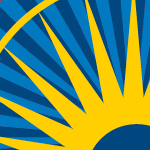 One of the major concerns voiced to physicians today is fear of dementia. Worldwide, nearly 36 million people are believed to be living with Alzheimer’s disease or other dementias. By 2030, it is expected that this number will increase to nearly 66 million. Unfortunately, it is not widely known that the majority of dementia cases are preventable. Traditional Chinese Medicine has much to offer in the area of dementia prevention and brain health. Nieters will discuss the importance of blood stasis in geriatric diseases, particularly regarding brain health and various lesser known, secondary diagnostic markers for mental decline.

This article was posted in Education and tagged Alzheimer's, cognitive function, commonwealth club, dementia, lecture. Bookmark the permalink. Follow comments with the RSS feed for this post. Both comments and trackbacks are closed.
5108146900 Directions Contact/Schedule